So I posted about the film adaptation of Ender’s Game a couple weeks ago, bitching and ranting about a movie that I hadn’t even seen.

Still haven’t seen it, so no review yet.

I saw Thor: The Dark World, though. Wanna hear about that?

Too bad. Here we go. No Spoilers, promise!

First, let me say that I thought the first film about Marvel’s god of thunder was fine. I preferred it to Iron Man 2 or The Incredible Hulk, to put in its place. It fell a bit short of Captain America. Then, of course, The Avengers came along and blew all that shit out of the water. So there’s that.

Following are some covers of classic Thor comics, courtesy of Marvel Comics (who surely don’t know I am posting these, so shhh.) 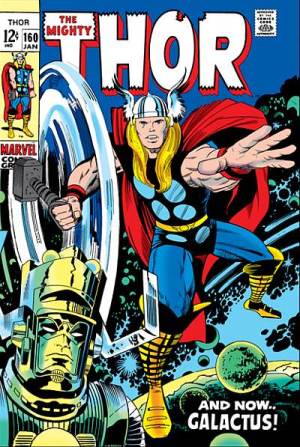 Growing up on seventies and eighties Marvel Comics I might have put Thor in my top ten Marvel characters, but just barely. He was always better in a group like the Avengers than on his own. Witness how his movie characterization didn’t completely come together until The Avengers film. But his solo movie was okay. Asgard looked more like a disco palace than a home for Norse gods in the first film, and that was a problem for me. They’ve toned down the glitziness for the second installment of Thor. Asgard looks glorious as it should, but also functional. Like people could actually live there.

What’s Thor so upset about here? Can’t tell you, no spoilers!

The sequel takes off from  The Avengers and the Thor character comes even further into his own. Loki is back, too, and the film is much better when he’s in it I have to admit. The plot is only there to give the characters something to do, which is the purpose of “plot” in these kind of films anyway, right? So that’s okay. Of course, part of me wonders why, when the shit gets real, Thor doesn’t call a couple Avengers. If I was Thor, I would have at least gotten Hulk’s phone number.

THOR: I have got a number of Dark Elves seeking to stoke up trouble on Midgard this eve.

Wouldst thou join me?

HULK: Sounds cool. Is there beer?

This is here ‘cos I just thought Jamie Alexander was so fucking hot in this movie.

And did you see what she wore at the premiere? Holy shit!

Overall, I liked the pace of the film and the action set pieces were pretty good. Thor and Loki and Jane Foster were well-served in this sequel, with Chris Hemsworth, Tom Hiddleston and Natalie Portman all adding nuances to these characters that make them more engaging this time out.  The supporting cast is fine, too, but come and go quickly without getting to leave much impression. As for the villains, they were probably the least impressive to me.  The villains look cool but just don’t have much personality, save for Loki, who’s not, technically,  one of the villains this time. Or…is he? Mwa hahahaha!

Nevermind, I said no spoilers and I meant it. Just keep your goddamn eyes on Loki, that’s all I’m saying. And……….

He should be in everything. 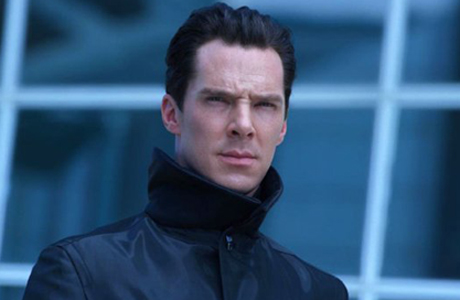 I should be in everything

I know, man, I just said that.

I have no glaring issues with this movie. The source material is respected enough without being treated like sacred scrolls. And the film doesn’t forget superheroes are supposed to be fun. Some comic-book movies don’t get that point. Even when the themes get a little dark, the movie should still be entertaining. And fun!

So Thor:The Dark World offers up a good time and some solid bang for your buck. And that’s the most important. Not a classic, but good. Based somewhat on IMDB’s ten-point scale, I’d rate it a solid 7.5, 7.6.

In closing, let me say I’d love to do more reviews on this blog, but the sad fact is I don’t see most movies in a timely enough manner. Time and finances work against me. I figure as the blog goes on, I’ll get up more posts about movies, music, books, games and all the shit I love. But they’re liable to be long after the product has come out. Sorry about that, but you probably don’t care anyway. This blog is still a work in progress is what I’m saying. I finally have gotten to one hundred followers, which is great. If you keep reading, I’ll try to do better.

Just like to point out that two posts in one day is a record for the treatment. But posting the Super Saiyan interview here was a last-minute decision (it’s really for my class site, but I’m double-posting it ‘cos it came out so good), and I pretty much had Thor ready to go. So there you are! Two posts! So prolific!

Stay tuned for a major announcement coming soon. I mean, major to me. Doubt it will shake up the world, but you never know……….

8 thoughts on “I Go to The Dark World”