So I’m all set to go run another nerd triathlon. This is a semi-regular feature on T of V where I briefly expound upon a triad of topics dear to the geeky heart.

Problem is, I haven’t seen much new shit lately. Therefore, we’re going to explore kind of an old topic but one which I have no published thoughts on. (For the simple reason, that I didn’t blog before.)

Buckle up, Cumberbitches. Because I’m about to:

Shit on the Star Wars Prequels

Hold on a parsec. Don’t assume. Maybe I liked everything about the prequels. Ever consider that?

We all anticipated this one with the giddiness of the child all nerds still are inside. (In some cases, on the outside too.) And then it actually came out. I remember sitting there, ready to explode with excitement. I teared up when the logo came up, I shit you not. You probably did, too. And so the film begins…

There’s the Emperor! All right, now something’s—what? He’s working with merchants? To do what? Open a  Whole Foods franchise on Naboo? —–

Ah, I have to assume you were there. You know what it was like. Every expectation of a cool way the story might turn was time and again thwarted by the actual plot. Even Liam Neeson couldn’t make this cool. Eventually, the Jedi meet little Vader, and….not much ensues. Yoda looked bored, too.

In retrospect, The Phantom Menace wasn’t the worst movie in this series.

Ep. II: They Cloned Boba’s Dad? What the Fuck For?

We now know the answer to why Stormtroopers are shitty soldiers.

So the second movie came. Attack of the Clones. The title seemed silly and made some of us snicker. Yet, just like before, but perhaps more skeptically, we still tingled with anticipation.

Our little Vader, who couldn’t act, has grown up. And George Lucas managed to find another guy who couldn’t act. (I mean, this kind of shit boggles the mind. They see thousands of actors, and they hire a bad one?)

After this sparkling, shiny turd (the movie did look gorgeous) The Phantom Menace seemed like a decent film. Again, Mr. Lucas chooses to put everything on screen except what people want to see. We do get to see Yoda fight, for sixty seconds. And I do love Christopher Lee. He brought some class to his scenes. But it wasn’t possible to believe this geriatric held off two Jedi, young and in their prime.

Then again, Obi-Wan and Anakin are about the dumbest Jedi you can imagine. Every single thing has to be explained to their dumbasses. And why couldn’t Anakin just go check on his mother when he first sensed she needed him? You all have hyperspeed, assholes! He would have been back in a couple hours and probably wouldn’t have become Vader! No wonder Sam always looks pissed in these movies. He’s dealing with some dense motherfuckers.

By the end of the film, the Clone Wars have begun. And unlike all the crazy stuff we thought that might mean through all the years “Clone Wars” went unexplained, they turn out to just be a shit-ton of Jango Fett clones fighting for the Republic. Not terribly cool. And Padme marries Anakin, an obviously psychotic guy who she met when he was like, eight-years-old. That’s some creepy shit, Mr. Lucas. They marry secretively because, for some goddamn reason, Jedi aren’t supposed to have families, like who really gives a fuck? Why shouldn’t they have families?

I disliked episode two the most of the prequels. If you couldn’t tell!

Revenge of the Sith, in comparison to the other two at least, is a fucking masterpiece.

Hayden Christensen was better this time. Ewan McGregor finally showed up, because he’s a fine actor outside this series. And the movie jumps right in to what is supposed to be the final hurrah for the Clone Wars.

In this one, Mr. Lucas finally delivered a dark, dramatic film that actually felt somewhat more like the originals. I know people disagree to various extents, but most acknowledge Sith was the best of the prequels. Such is faint praise, though.

Anakin Skywalker *spoiler* goes to the Dark Side. The Jedi Order has let him down. Also, he wants to save Padme’s life which is doomed pretty much ‘cos Anakin believes it is. Self-fulfilling prophecy there! So, yeah, to the Dark Side he goes, because….it’s there, I guess? I don’t really know why. But thankfully, he finally goes there.

I do enjoy this movie mostly. There are a few ways it doesn’t completely connect to episode four, though. Like remember how Leia told Luke a bit about her mother? But Padme dies during birth. And did it really take, like, twenty goddamn years to build the Death Star? Would the Vader and Emperor we know and love let the project go that long? Fuck to the fuck no, they would not.

Those are quibbles, though, but quibbles are fun. You mate them with tribbles, and the ecstasy really begins.

And this post went to tangent-land. Be back in a minute…. 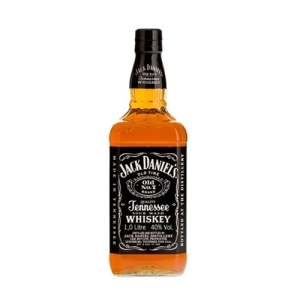 Better now. In fact, there’s not much else to say. The prequels were not great. News flash!

How could they have been better? I think I would have skipped episode one and gone right to the middle of two. Just show what we need to know in flashbacks, right? Then, two wouldn’t be such a waste and Sith could have been the second film. Anakin’s flip could have been the climax. Then, we would have had a whole episode to show the rise of the Empire and the Jedi’s last battle to save the Republic. Should have been a whole movie devoted to that.

That cruiser has gone to hyperspace, though. Maybe the prequels weren’t the movies we wanted, but the movies we deserved. To paraphrase an AWESOME TRILOGY!!!!

Sorry about that. Well, there’s another Nerd Triathlon in the books. And I got through it without Benedict Cumberbatch popping up—

You were going to publish a post without me?

No, it’s not that! This is just getting a little awkward, you know, with you always showing up.

Pretty much. Maybe…just maybe we should take a break from each other.

Dude, don’t look at me like that. Just let’s try a week, okay? A week of separation. No big thing. And then come back.

See you later, then!

Kind of weird not having the Cumberbatch to wrap things up. But it’s all good. It’s healthier this way. Just need a new wrap up, that’s all.

6 thoughts on “The Third Nerd Triathlon: The Force Will be with You….Always?”