Seems I have a gaggle of new awards to accept. Well done, me!

This time it’s the triple whammy of The Imagine Award, The Dragon Loyalty Award, and…there was another. Shit, hang on. Gotta look it up.

Oh, Versatile Blogger. Already got one of those…. Um, thanks?

Courtesy of This Labyrinth I Roam, two more achievements to hang on my internal “I Love Me” wall.

Found a blog! Transcending borders blog had what I needed. Copied and pasted the appropriate data below….

1-Copy and paste The Imagine Award into your post. 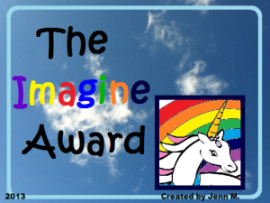 Thank you, Cupitonians! Your taste in blogs is exquisite. Link is above↑….

3-List 3-5 things about the nominator’s blog that you like(Which you think are creative).

Wait, I already linked. Isn’t that enough? I thought this was about me.

4-Nominate 5 other bloggers/ blogs which you think display a fantastic use of creativity and imagination.

Again with the other bloggers thing! Is this, or is this ain’t, supposed to be my moment? 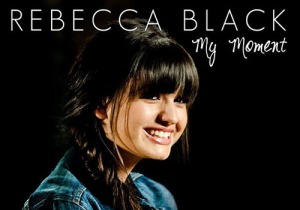 THIS IS MY MOMENT! MYEEAY MOMENT!!!!

That’s what I thought.

6-Display The Imagine Award to your blog’s award page.

I don’t have a page devoted to my awards  yet. I think before I’m done I’mma need a whole other blog just to hold my awards. 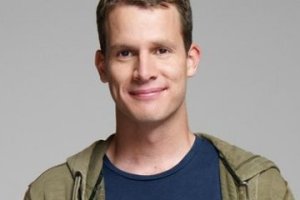 The Dragon Loyalty Award I found on the same site as above so I wouldn’t have to make another link. Again there are a list of rules I assume it is safe to ignore. Here they are, copied and pasted for your perusal:↓

-Announce your win with a written post and link to whoever presented your award.

Now I’m expected to mention 15 other blogs instead of just 5? One of these awards just demands too much.

I get the tip part, but if they don’t read this blog and find out they got the award, how are they deserving of a loyalty award?

Now this prompt asks for too little. How do I pick just seven?

1)I have unfinished degrees in Music, Theatre, and General Ed.

2)I had a pet spider-monkey before my first dog or cat.

3)Voted Most Likely to Become a Missing Person in high school.

4)I have never seen an episode of Breaking Bad, Walking Dead, MadMen, Dexter, or Glee. And I am still a good person.

5)Lived in Tennessee in a small apartment above a Confederate Soldier memorial.

6)My favorite drug is Intoxication of the Self.

7)This is not Dylan. This is actually his identical cousin, Dillon. I’m better looking, and not at all a narcissist. I also spell my name a different way ‘cos I deserve the extra letter.

Now ‘scuse me a minute. I gotta let Dylan read this post over.

Dylan says not to change a word! ‘Bye!!!

We’re not through! The real Dylan’s here and I’ve got some awards to bestow! Get ready….

The Dragon’s Loyalty Award is hereby given to some people who’ve followed me for a while:

These are literally the first ten total strangers who followed this blog. Started as a class project, my ego kicked in and told me I could build a following. So to you mighty ten, my sincere gratitude. Having a stranger follow my blog gave me the push to keep going even when it felt like no one was reading.

I notice few of you are actually still reading, or are not liking most of what you are reading here. Thassscooolll. The follows are nice, he lied. 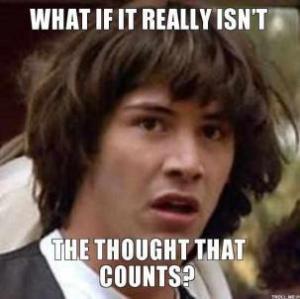 Okay, and now the Imagine Award. Here’s ten blogs that I don’t think I’ve passed an award on to yet:

Charlotte’s a lovely young lady studying classical singing. She is also a black belt in Karate. I know, huh? Feel inadequate now? She also happens to be super nice, so don’t hate just ‘cos she’s better than….almost everybody.

You’ll find a lot of cool stuff here. But be warned, it’s not all safe for unwary minds. It gets intense.

Want some X-rated lyric poetry? Thought so! Seriously, though, be mature about it. Okay? Don’t giggle every time fingers are running over a shaft.

Normally, I don’t go for photo posts with quotes. But this one is gorgeously done and well thought-out. Also? Sometimes there’s boobs.

I’ll let this one speak for itself….12/19–Oh, they just blocked me. Nevermind, don’t go to this one…

Cassidy writes mostly about writing. And his or her epic ability to write epically. She or he writes about a gillion words a day. Pronouns become an awkward thing when you don’t know which one to use.

There’s a novel called Theodore unfolding chapter by chapter on this blog that I am addicted to. I came in in the middle, so I have to check out the earlier chapters someday.

This one’s delightfully strange and fucked up. That’s a compliment, you fuckers. Cartoon strips, pics, and rants are all well-represented.

Ah, that’s eight blogs awarded. Eight is enough, I heard once a long time ago….

Sing it! “To fill our hearts with luurrvve!”
The blond at the bottom right looks like she has something on her mind….

If I didn’t call out your blog, I probably just don’t like it very much. I mean, no offense or anything.

Give me my blog back, Dillon!

Okay, Dylan’s back. Before I go, I wanted to slip in those nice things about Cupitonians at This Labyrinth I Roam. Dillon wanted to skip this part.

Let me close today by saying  I love every blog I read and I wish I could give an award to everybody!