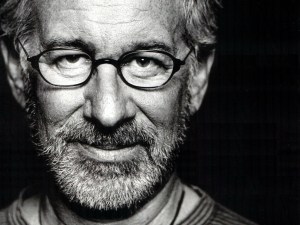 December 18th is the birthday of Mr. Steven Spielberg, the genius of my childhood. Fittingly the man who would give his abundant gifts of vision to the world was born right in the midst of the Holiday Season.

The time of his rise into our collective consciousness coincides with my birth pretty much. It’s a lot like he’s an honorary uncle or even older brother. Not quite a father, ‘cos he always seemed on the level of a child. As he’s aged, the man and his visions have matured, but the sense of wonder in his work at every discovery has remained the same.

Its become common now to bash the likes of Spielberg and George Lucas. But remember, they brought quality movies to the kids. At the time these two directors appeared in the mid-seventies, children were very poorly served by the movies. Disney and other animation was at their lowest level of quality; even movies with actual kids in them were poorly done and treated like B-movies. Spielberg and Lucas upped the game for family entertainment, for better or worse. (And I know some would say for worse….)

I was a kid then. I think we were starved for movies that were great fun but didn’t talk down to us. Movies that even had adult elements, but done in a way that taught us something and that a kid could relate to. Like Jaws, for instance. We loved that. It was scary, but you know, it was fun scary. Spielberg virtually invented that type of film. Horror without the oppression. Fun horror. Where you’re spun round in your chair but laughing your ass off. Exhilaration. That’s why the critics started calling these films thrill rides, or even E-ticket movies. (A reference some of you younger kids might not get. Google it.)

My little friends and I would play Jaws in the playground. I’d usually direct some kid to bury himself in the sandbox and “swim” after the rest of us. We’d beat on the “shark” for a while until he’d get and kill one of us. (Shit, that sounds kind of violent. I’m sure it was.)

Later, Close Encounters of the Third Kind came out. That one, I actually claimed  that I played the boy who gets nabbed by the aliens. (I looked sort of like him, and some kids believed me.)

I could probably write a post about each Spielberg movie, but that’s not my purpose today. I just wanted to wish him Happy Birthday. My life would have been different without him out there in the world making his awesome movies. As for the ones that weren’t awesome, eh, I even forgive him for those.

Please don’t do another Indiana Jones, though. For the sake of our sanity, don’t.

Love you, Mr. Spielberg. Thanks a lot.

…and just so you guys remember whose blog this is, I am now going to rank Steven Spielberg’s movies from worst to best! ‘Cos it’s me!

First off, though, I haven’t seen all of them, believe it or not. So don’t look for these in the list:

26) Hook—Really high when I watched this, and still I hated it….

25)Indiana Jones and the Kingdom of fuckitthiswasshit

Who the—Get the fuck out of here!

24)Lost World: Jurassic Park—They were in San Diego, right? I lived there then. This still sucked…

23)Twilight Zone: The Movie—Spielberg only did one segment, but if he did the whole film it would still be this low….

22)The Sugarland Express—His first feature! Goldie Hawn was in it. It’s a fun seventies movie. You probably haven’t seen it…

20)Empire of the Sun—Wee Christian Bale is good. Movie could have been better… 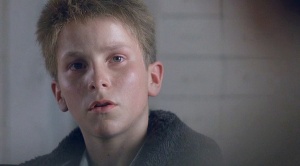 Someday you’ll SWEAR TO ME!!!!

19)Munich—James Bond and Bruce Banner kill people! Not as fun in the execution as the concept…

18)Lincoln—It was good. But of all the ways to tell the story, this way was really static. Except for the family drama scenes….

16)Jurassic Park—I was never in love with this movie. It’s entertaining enough. Just wish at least one of those asshole kids could’ve got eaten….

Who can blame him?

15)Adventures of Tintin—Fun animated movie that kind of flopped. Check it out if you haven’t…

14)Indiana Jones and the Last Crusade—Yeah, I like Temple of Doom a little better. But this one was fun…

12)Indiana Jones and the Temple of Doom—-Capshaw was so annoying in this, that Steven married her! WTF? To balance Willie, we get probably the coolest kid ever—Short Round!!!

11)Amistad—Powerful film. A little courtroom drama-ish, but what a story….

10)Close Encounters of the Third Kind—Sentimental favorite, since I was in it and all….

I had this dumb thing!

8)Poltergeist—I know, I know. Tobe Hooper directed it. Someone else stepped in and made the best parts, though, and we all fucking know it…

7)Schindler’s List—-Heart breaking. Once is usually all people can see this…

4)E.T. the Extra-Terrestrial—Dude, I still cry when I watch this…. 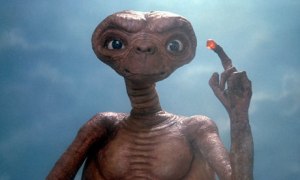 The finger lights up, and the tears flow…

3)Jaws—The one that changed movies forever…

2)Raiders of the Lost Ark—My favorite fun action movie ever! George Lucas created Indiana Jones, so let’s share the love here. Lucas used to be the shit. Has its fair share of violence for a PG movie. It’s funny to me that there are actually R-rated movies around that time that are less violent than Raiders….

and number one is…..

Oh, that was it. I miscounted. Well, let’s say number one is:

(there’s some optimism for you)

Hope you all enjoyed that. See you tomorrow.