Stone yelled like a maniac and rushed the twins. Taken by surprise, he actually knocked through them before either could pull their laser and got behind his ship ahead of their recovery. He heard the parents vainly remonstrating with their brutish children, but the sound of their stomping tread still came his way. Not wanting to shoot either one of them (and, honestly, he wasn’t sure the firepower he was packing would stop them) Stone decided he had no choice but to attempt a desperate gambit.

He heaved a stone (appropriately enough) in the opposite direction. Roy and David grunted in unison, then turned to stomp in the new direction.

He hauled ass over the grey dunes away from Shaitana’s boys and towards—what? What was the point of running? If he lucked upon the Robinsons’ ship he might hold them off. But he had no idea which direction to go. Behind him, he could tell the twins had gathered what served for their wits and were chasing him. And on this 3G devil of a world, Stone was not travelling at his fastest.

BOOM BOOM now came to his ears. The twins were actually leaping the distance now! He could hear them, each BOOM BOOM terrifyingly nearer.

In the midst of sheer terror, came the most tremendous insight of his shady life.

“Hey Shaitana,” he crooned aloud in his most charming voice. “You sexy thing. I don’t know if I can hear you like the Robinson boys, but if you’re truly sentient, I bet you can hear me. Listen, babe. I’d be so good to you. What have those monster punks ever done for you, really? You and me, baby, we’d transform you. I could make you reach your former glory. I bet you were a hot mama back in your day. You and me, we’ll get you looking gorgeous again. First, I clean you up. I got enough loot to get a couple of first rate terraformers out here. We’ll fix you up, beautiful. You’ll be a spectacular sight within a couple years. Then, a nice casino resort or two. All the finest people will come to you. But the best part? It’ll just be you and me, baby. Everyone else will just be a tourist. A money-spending, non-carbon footprint-making tourist. We won’t let anyone else live here full time, to mess you up again. And so much money will come pouring in, Shaitana. Just for you and me. I’ll spend it all on making you your glorious self again, I promise, baby.

“But we have a little glitch here, honey. That Roy and David of yours think they have to kill me for you. But you don’t really feel that way. Do you, baby? You hear what I have to say. Ole Stone’s gonna be so good to you, Shaitana. I know you think you need to cut yourself off from the universe, but you didn’t have me back then to look out for you. I’ll keep you safe, honey. I love you.”

As Stone spoke those three little words, a WHAM WHAM came from about twenty yards behind him. He looked back and saw a grey mountain had risen up suddenly from the sand and knocked back his pursuers. The Robinson twins fell to the ground knocked out cold. Breathing heavily, Stone came to a stop. He winked and blew a kiss at the general vicinity.

“Thank you, Shaitana,” he said sincerely. “Now when these boys wake up, you’ll let them know what’s up. Won’t you, baby?”

The sudden swirl of warmth around him let Stone know his answer.

The wrap-up was easy. Once Roy and David Robinson were acquainted with Shaitana’s new wishes, Stone had no more trouble with them. In fact, they begged to stay and help him with his endeavors. Thinking they’d make tremendous free-labor, Stone agreed happily.

The parents he packed into Riley’s shuttle and sent away. They acted sad to be forever parted from their boys, but  Stone could tell they were secretly relieved to go.

Last thing, Stone took back Riley’s key (which was still in his spacesuit) and took off to where the loot was hidden, a mining moon a mere five lightyears away. Stone drove a large mining vehicle (hijacked of course) out to the coordinates, dug out the money and sat in the truck awhile, thinking.

He had the money. Did he really intend to go back to Shaitana? Stone had felt the line he had given the planet was real and truly meant at the moment. But he’d been trying to save his life! Now, safely away and richer than the gods of Pluto, wouldn’t he have a better life in the civilized universe?

Suddenly, his head felt like it was split, and he heard an unresistably insistent voice in his head.

“Stone. You have our money. Now come home.”

“Of course, dear,” he sighed and headed back towards his ship.

The ship that would take him back to Shaitana. 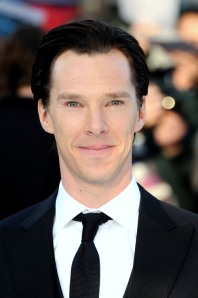 Thanks! And EvDaDaDec has only two more days left! Hard to believe it. Looks like we made it!

Sing it, Barry. Take us home…

{ T of V does not endorse cheesy music, but has no control of what earworm may slither through the morass that is our mind. This tune popped into my head and now it is in yours. You’re welcome. See you tomorrow…}

7 thoughts on “The Planet that Didn’t Want to be Found, part three”