So I am very late with this. I picked up so many new blogs to follow while I did Every Damn Day December (EvDaDaDec), that I am still reading posts from January. There are 2800 posts backed up in my email. Now I don’t want to miss anyone’s so I’m slogging through them whenever I get a chance.

And that’s how I came across this: 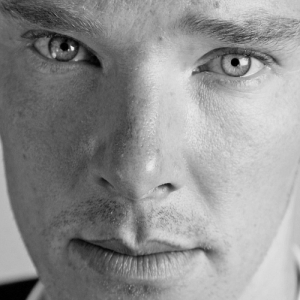 We simply must weigh in on this matter.

I know, dude. And we’re going to right the fuck now.

I mean, this is right up my alley and all up in my wheelhouse. I’m responding too late to count in the tabulation of votes, I reckon. But I don’t really care. That doesn’t mean I can’t weigh in. Careful readers of some of my past posts probably know what side I’m coming down on. Here’s a few hints:

…and one more thing…

Spider-Man: the swingingest superhero of them all!!!

As a matter of taste, the Marvel lineup is just much more relatable to me. It also takes place in what I like to call—the Real World. Or, at least, a world not so unlike our own. In the Marvel ‘verse, we get to see how normals relate to metas, and it ain’t always pretty but it’s endlessly fascinating. But more importantly, Marvel’s heroes are much more human and psychologically dynamic than DC’s.

In the last twenty or so years, DC has made strides in this area and it’s not like I hate them. I love their stories, too. But not in the same way. DC is still mostly about black and white, good vs. evil, and only very rarely does DC venture into the grey where Marvel abides. If you want epics on a cosmic scale with godlike heroes teaming up to defeat vast, universal menaces, I’d give DC the edge there. Marvel tends to focus more on a smaller scale, with more plots driven by character than pure action.

Remember in The Dark Knight where the Joker mentions that he savors all the “little emotions”? Yeah, ironically, that’s more of a Marvel attribute than DC. Not that Marvel doesn’t do the large scale epics, or that DC never does human-level stories. Just that each brand specializes in one more than the other.

In the end, it comes down to the days when I first discovered comics. The first one I can recall is Spider-Man. He was, and still is, my favorite.(Well, technically, Doctor Strange is my all-time favorite comics character, but let’s call Spidey the sentimental favorite.)

Make no mistake. The goddamn Batman is  the coolest and most bad-ass. Let me get that out there. People love him because he is theoretically plausible, even in our world. Christopher Nolan’s Dark Knight trilogy are the best superhero movies so far. And Batman certainly has better overall comics stories, at least since Frank Miller re-invented the dude. (Before Miller, Batman was a dork.) But it was the personality of Spidey that I loved. His humanity. As I said earlier, DC has made strides in the humanity of their heroes, but in my childhood their heroes had no personality, no depth to them. Beside their powers, they were completely interchangeable. That’s how Marvel took over and became the number one publisher of the sixties and onwards. Their characters simply had more character. For being first to bring real, human emotion to their storytelling, Marvel will always be number one in my heart.

Stan Lee, what would you like to say about DC?

DC can kiss my Excelsior!!!