So the latest installment of Sony’s (not Marvel Studio’s) Spider-Man series has finally hit theaters in the U.S. We got this movie last in the world, because we’re America….fuck yeah!

The Amazing Spider-Man 2 is what they have called it. And does it ever. Or…does it ever? 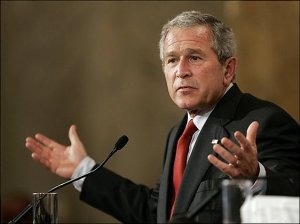 Did I think it was horrible? No! I’d give it about a 7.2 on the IMDB rating scale out of ten. There’s much to be said about the movie that’s positive. So let’s get that out of the way first!

I am going to assume you saw the first installment, 2012’s The Amazing Spider-Man. I don’t want to explain all the characters and the backstory and who Spider-Man is, I would just appreciate if you already know what I’m talking about, okay? Okay!

Andrew Garfield and Emma Stone as Peter and Gwen are great! Unlike the funky relationship dynamics at play in Sam Raimi’s Spider-Man movies, I feel the problems these two face are quite believable. And their chemistry is frickin’ adorable. The other player who stood out to me was Dane DeHaan as Peter Parker’s lost childhood friend, Harry Osborn. He has a creepy kind of charm to his portrayal that really won me over. Yeah, he just turns up and we’re meant to buy that he and Pete were best friends, but I did buy it ‘cos Garfield and DeHaan played it very well. 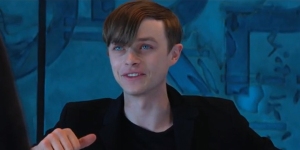 Yes, charm and creepiness can co-exist.

In a cool prologue we also find out more about Pete’s parents and how they met their end. Later, Peter finds exactly what his father created at Oscorp and the implications. And, yes, Oscorp is evil. Uh-oh, is that a spoiler?

But the key to superhero movies is usually the villains, so how did the new baddies fare? I must say, I thought Jamie Foxx was ridiculous in his role as Max Dillon, pre-villainification. His performance just reminded me of the corny way these guys used to be written about fifty years ago; he is such an awkward, nerdy fellow that he actually says things like: “She remembered my name!” But when he gets his Electro powers and wanders to Times Square to get in all kinds of trouble, I did feel sorry for the guy for a minute.

I hope you don’t go all Electro on me later and try to zap me and stuff.

Once Max Dillon became Electro, I liked Foxx’s performance a little better. Yet it still has the feeling of a villain parody more than a real performance. Maybe it’s an homage to the art of playing a comic book villain, and Foxx is being uber meta here. But I just didn’t love it. Electro himself and his look and powers were sizzling, though.

So even though the movie’s presentation of Electro is pretty cool at times, he is a definite second or third tier villain at best in the Marvel ‘verse and I don’t think many fans have been clamoring for a film appearance. Does it bring the movie down? Probably yes, in many fan’s eyes. Personally, I would have preferred a villain with a bit more gravitas (google that word, it’s cool!). Can we get Doctor Octopus again, please? I’m sure the filmmakers are trying not to repeat the other trilogy’s villains, but please?

The other major baddie is, of course, Peter’s old buddy Harry. Hopefully, that’s not a spoiler for you. It’s not like it comes as too much of a surprise in the movie; oh contrare! it’s very inevitable, more like Harry embracing his destiny and becoming the Green Goblin, though they never use that name. Dane DeHaan makes a pretty big impact in his brief time as the Goblin and will surely return for more in the sequel.

The trailer makes it seem like there’s a third major baddie, the Rhino, but it’s only a cameo. Sorry. That’s a minor spoiler, please forgive me.

I am a major villain!

The thing is, it’s hard to completely judge this film on its own. It’s part of a series of movies that do not stand alone. Plotlines remain unresolved and much is still up in the air when Amazing Spider-Man 2 finally wraps up. Unlike other recent superhero jaunts like Captain America: The Winter Soldier, there is something of a feeling of unsatisfaction left behind at the conclusion of this Spidey installment.

Saying that, there is some excellent action in this one. I love the focus on showing Spidey saving folks, which is the number one reason he is out there. (Yeah, yeah, “action is his reward” as the cartoon theme said—but that’s the number two reason.) The technique that’s used of slowing down certain sequences is fantastic as it gives your eyes the time to take everything in. The action set pieces are extremely detailed and marvelous. I wish there could have been more action squeezed into the middle act of the movie, but I always feel that way. 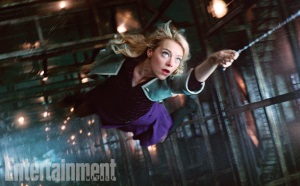 I wouldn’t listen to the naysayers on this one. The movie isn’t perfect, and it isn’t completely amazing, but if you love Spidey I don’t think you would hate it. There are some very emotional scenes in it as well that are very good. Directed by Marc Webb, the scenes of dialogue are better than you’ll find in most films of this kind: he has a nice touch with the smaller moments. The actors really nail it down—I can’t praise Garfield and Stone enough, they are great in this one. Quite a step up from the competent but inconsistent Maguire and Dunst from Spidey’s last series.

The main minuses are Jamie Foxx and just the creeping sense that they didn’t go all out on this one. If that means Amazing Spider-Man 3 will be even better, than it may pay off in the future. But for now, I do feel they didn’t give us the amazing film we wanted. Maybe it’s the film we deserve, but not the one we need. (Where have I heard that before?)

So I give it a 7.2 out of 10 like I said at the top. That’s not bad, but neither was I blown away like I wanted. It’s by no means a bad movie, though. Especially if you’re a fan of these kinds of movies.

And now for the big question. Where does Amazing Spider-Man 2 rank among all Marvel movies? This is a complicated question. Since things from the first movie weren’t fully taken care of by the sequel, I’ve actually had to lower the rank of Amazing Spider-Man. Check out my post Ranking the Marvel Movies if you haven’t before, or just need a refresher. (I did.)

See? It got into the top ten, it’s not bad. But I really love Spidey, so I probably go higher than other people would. There is a lot to like about the movie, go see it! If you have, let me know what you thought. 2 thoughts on “The Adequate Spider-Man”