From 1935’s Nuremberg Laws, designed to identify exactly who and what constituted a Jew, through the end of World War II in 1945, approximately six million Jews were exterminated by Nazi Germany. This means of roughly the nine million Jewish people residing in Europe during those days, two-thirds died.

These are facts. This happened.

Before you think I’m being simple or pedantic here, remember there are people who deny the Holocaust was that awful, they think that’s all just propaganda or something. Some even claim the Holocaust never happened at all. Some people feel it should happen again. All over the world these people exist. Even in Europe. Even in America.

I think Holocaust Remembrance Day should exist in every country, not just Israel. It’s not just for the Jewish people, but for all of us. Remembrance is recognized by many nations, though not always the same date. A number of European countries, including Germany, commemorate the day on January 27, the date in 1945 when Auschwitz was liberated. Israel chose April 27, 27 Nisan on their calendar, as a date in between the Warsaw Ghetto Uprising and Israeli Independence Day.

With parts of Ukraine reportedly now calling for “Jewish Registration”, and even Donald Sterling’s recent “Don’t bring black people to my games,” we must never forget the extremes that discrimination of any kind can go to.

It’s on our calendars, but it’s not really part of the mainstream in America. It should be, because some painful things must never be forgotten. So I urge you to take a few moments of your time today to think about this (I know it was yesterday, but I’m slow). Also you might read about the Warsaw Uprising and the Nuremberg Rally and such. Just as a reminder of how vigilant we must remain.

Because it could happen again. But we won’t let it, will we? 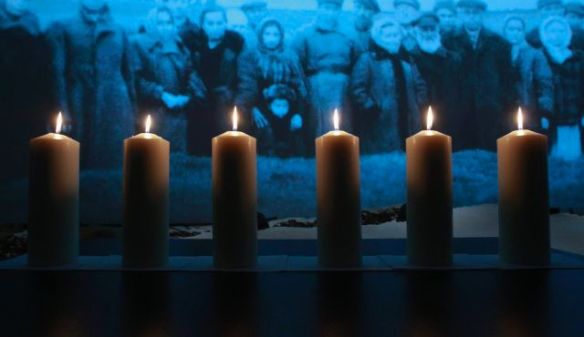