So winter quarter has begun at my school. Also, I have a PS4 now. Therefore, my dear readers get this excuse-laden post for why my blogging has slowed down. 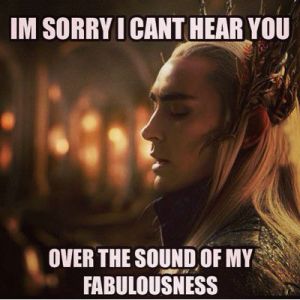 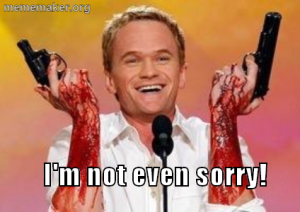 It’s not an apology, ‘cos I’ll blog when and what I want to. Just thought I’d let you know a little bit of what’s up.

I put up the first part of the three-part Fish Tale earlier today. Mainly, I did this because I had nothing else good enough. Certainly, I planned to put this story up at some point. I think it’s pretty funny, but a lot of the jokes won’t completely come across because it’s an inside story. In other words, the three characters represent actual beings who exist in the world. It still mostly works on its own as a trippy allegory, so there you go. Parts two and three will go up Monday and Tuesday, I think.

Meanwhile, I’ve been working on an epic Man of Steel post that will attempt to answer most people’s criticisms of the movie. I think it’s a classic, but many don’t. So that post is going to persuade you that the movie is awesome, and a classic. But it’s not ready to go yet. I should have it up next Friday. Spoilers will be prevalent, so see the movie first.

My film is as awesome as I am handsome.

Meanwhile meanwhile, I’m also working on a second post of random facts about myself. I’d like to open it up for questions. If there’s something you’d like to know about moi, please put it in the comments. Won’t promise an answer, but questions will be appreciated. Nothing’s really off limits, but you can expect sarcasm.

Meanwhile meanwhile meanwhile, I have another award post to do. But it’s not for the big one that I really wanted. Should anyone feel moved to do so, just give me the goddamn blog of the year bullshit already! I probably haven’t earned it, but come on! Would it kill you to toss me one? The fuck do you care?

I hereby award every blog on WordPress the Blog of the Year.

See? It’s simple. Now give me one. I’d just do it myself, but that’s onanistic. (Google it.)

I’ve got three courses going at Clark this quarter. Algebra, Web Design and User Experience Design. I’m thinking of blogging the UX class like I did WordPress last quarter. Does that sound like a good idea? Would people prefer I blog about algebra? If so, weirdo, let me know. Web Design is a tech class, but UX has a lot of content that could be of interest to bloggers who would like to maximize their site for usability. So look for that post-series to start in about a week and a half, I think.

Other than that, I’ll just post what I want when I want. There’s no strict theme on T of V. Does anyone think there should be? Are there things you would like me to do more? Or less? Again, I won’t promise anything. But I will listen.

And notice how sneakily I got up two posts in one day? Pretty slick for a blogger who’s slowing down, huh?
Now, ‘scuse me. It’s not that BC and I don’t love you, but

9 thoughts on “T of V Preview of Coming Attractions”